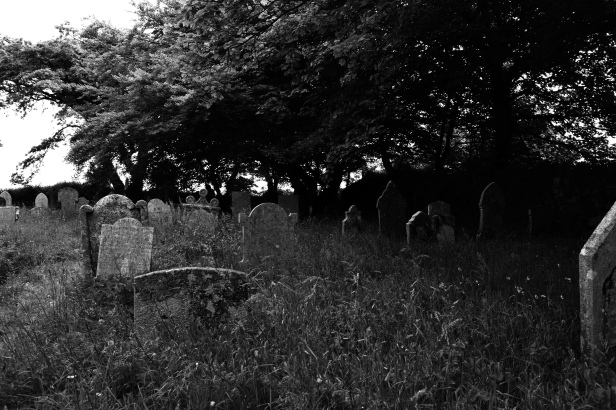 A few days ago I was reading of Norilsk, an unimaginably oppressive, filthy, cold, dank industrial city high in the Arctic Circle. Once known for its Soviet Gulag labour camps (in which tens of thousands of prisoners died), it is now a hub of mineral mining. Nickel primarily but also palladium, cobalt, arsenic and coal. The average temperature in the winter months is -20 degrees C. The concentration of relentless and remorseless mining and smelting industries here mean that it is one of the most polluted places on earth, with an average life expectancy of roughly 60 years. The Norilsk people essentially dig out and process hazardous minerals from the arctic tundra and live out their spare time in an almost eternally dark, frozen, carcinogenic smog. It’s also closed to anyone but those who work here.

I read of this and all I could think of is how much I want to go there. I am thus starting to accept I am drawn to the dark places of the world.

I should probably state that I approach almost everything on the skeptical side of agnosticism and as I have no tangible first-hand evidence of anything ‘paranormal’ I am a non-believer. But, as I have said before, some places have different feelings to them, some raise your hairs, some have powerful and inescapable lore attached to them that stir the imagination, some are too old to comprehend fully and these are the areas I like to seek out.

Either way I give you the first in a mini-series – or as many as I can get in before I exit the Country in a few days, whatever.

St. Denys Church. I’d heard a few stories about this place before I first explored it almost a decade ago. My own Mother – not known for her indulgence in such things – had to leave the graveyard due to an overwhelming fear. Others spoke of it quietly, that it was always colder than the surrounding area.

I remember feeling trepidation on my first approach. Even from a distance there is something about St. Denys church.

The first thing you will note is that it sits perched at the apex of a perfectly conical hill, looming above the surrounding area. The next is that crowning the top is a perfect ring of trees, surrounding Church building itself, leaving only the top of the buttressed tower visible from a distance. When you enter the churchyard through a rusted wrought iron gate indeed the light is diminished. The trees that crown the hill and surround the church all seem to reach inwards towards the granite tower and create a strange enclosed feeling. I’m not sure I’ve seen this before in any church. Usually trees are manipulated by prevailing winds. Lastly the radiating down from the churchyard is a lovely and ancient complex of fields enclosed by brittle granite dry-stone walls. The whole site is made all the more peculiar sitting as it does now amongst the white mountains of the Clay. 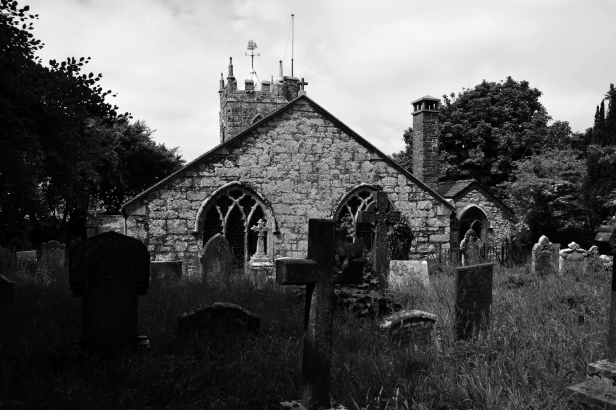 I first came here to try and find something and found absolutely nothing other than a feeling that it is a special place.

Which it most certainly is, St. Denys church is actually built directly within the remnants of a Hill Fort. This is rather rare. Glastonbury Tor is probably the most famous example of this overt Christianisation of pagan sites but whereas Glastonbury is warm and inviting, St. Denys is cold and aloof.

It is of course the overwhelming age of the site that gives St. Denys church its power. Hillfort earthworks have their origins to the Iron Age (600bc – 60AD) but just as Christian sites were oft sited on pagan hallowed ground, hill forts were often a new type of fortification on a more primitive hill-top defence system used right back to the Neolithic, 3000bc.So when you walk around the cool air of St. Denys churchyard, amongst the Rowan and the Yew you may well be walking around a somewhere that has been site of spiritual significance for 5000 years – possibly seeing the ritual sacrifice associated with the Celtic period. I think that amount of sedimented human life and belief in such a small, concentrated area is probably going to leave something in the air.