Bodmin Moor is something else entirely. 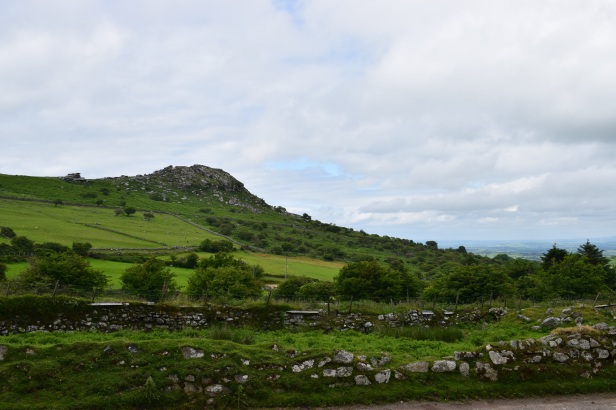 It’s not a big place really, relatively speaking. Dartmoor is more than 4 times the size. It has though, a character to equal its much larger, much more visited Devonian relative. Bodmin Moor stretches north to south across the mid Cornwall. Roughly situated between the towns of Launceston, Liskeard and Bodmin.

It is an ancient place. Its overwhelming age is the main thing that impresses on you if you find yourself walking in its midst. It is a humbling and barren land, filled with folklore and resonant with emptiness and history. 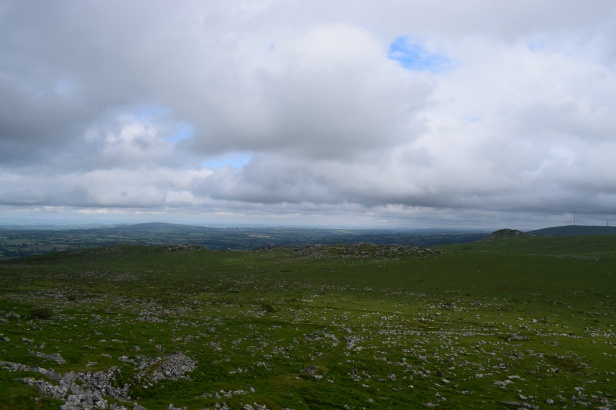 This is a walk to Kilmar Tor via the impressive Sharptor (below). This is the gentler side of the Moor really, near to the small upland village (the highest in Cornwall) of Minions and therefore the famous Cheesewring.

Walking across the moorland is never boring, it’s a liberating expanse of livestock grazed, wind-stunted heath and I very rarely meet anyone – on this walk in particular.

This world of emptiness, unpredictability, expansive views and crumbled granite is something I feel a lot of visitors to our fair county miss out on.

The hardy breeds of sheep that roam the roof of Cornwall do very well here, they are, I think a cross-breed between the Herdwicks of Cumbria and something else – I’m not that great a sheep fancier. Which is probably good news.

Although, roaming livestock will feature pretty prominently if you take up this walk.

The walk is not a hard one by the way, unless you make it so by tackling the Tors head on. Just read the lay of the of the land, there are a great many easy routes around.

You will usually find some picked-clean piece of skeleton up here somewhere. Scavenged by something. It adds to the air of eeriness. I remember finding a Cow’s skull, with a small pink fleck of flesh still on it, perched – obviously placed – atop a large boulder somewhere on the wilds of Dartmoor when I was a boy and freaking the fuck out. Probably a formative experience.

This is the goal then. Kilmar Tor. A forbidding jagged spine of a Tor. A natural fortress, most definitely inhabited by some Dumnonii Tribe long ago, when Brexit was only something the Romans did when they realised perhaps they’d gone a bit far.

There’s something about Kilmar that draws you over. There once was a small railway that linked this tor up to the Cheesewring I believe. You can follow it.

From the crest of Kilmar you can see, well, alot.

So there’s Kilmar. I heartily recommend it.

Here’s another sheep, enjoying the view with her lamb. 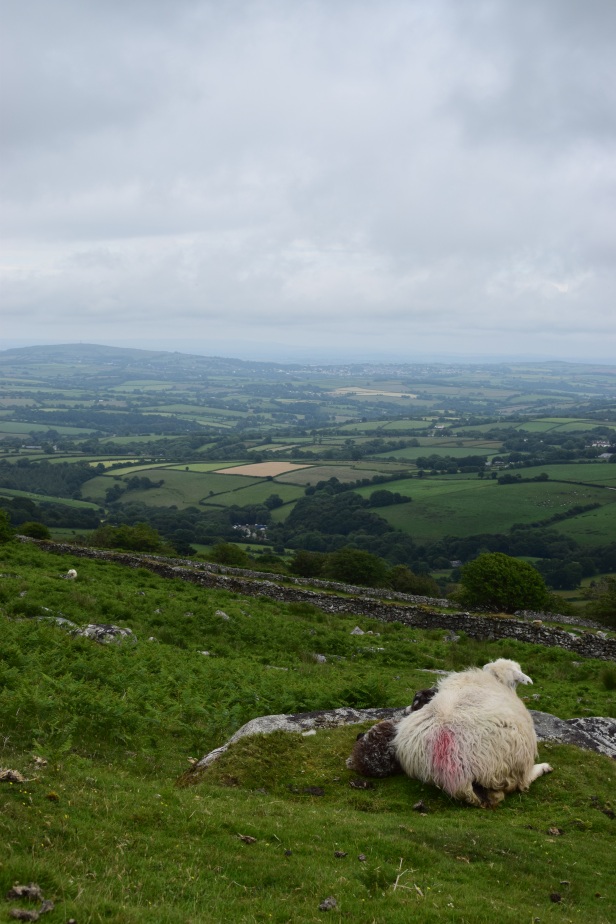 Until she  realised I was 4 foot behind her. I tried not to disturb her but I guess animals can sense such things – I had been sneaking up on her for about 5 minutes. You can imagine the scene. Poor thing.

2 thoughts on “More of the Moor”